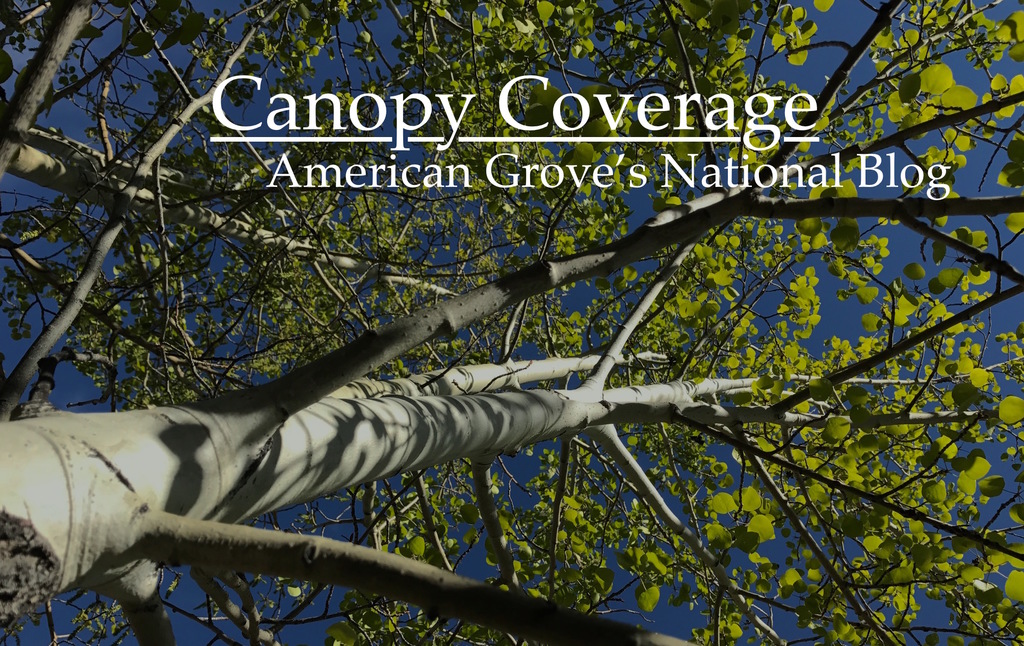 I found a temperate rain forest inside the Olympic Rain Shadow.  This is a zone at the north end of Puget Sound in Washington State.  Weather systems off the Pacific Ocean will dump most of their rain on the southwest slopes of the Olympic Mountains.  This creates an uncharacteristically low rainfall area on the northeast side of the range.  Deception Pass State Park lies inside the rain shadow.  It receives only about 20 inches (51 cm) of rainfall annually.  This is about half of what Seattle experiences.  Most of the park is old-growth, dry coniferous forest.

The Ginnett Hill Trail is a mile-long spur off the Pass Lake Loop Trail in the park.  The trail drops into what has become known as Naked Man Valley before rising to the top of Ginnett Hill.  The valley creates a basin between Pass Lake in the state park and Lake Campbell.  I was not prepared for what I would find here.  This trail is more primitive and less trodden than others in the park, but what a delight it turned out to be. 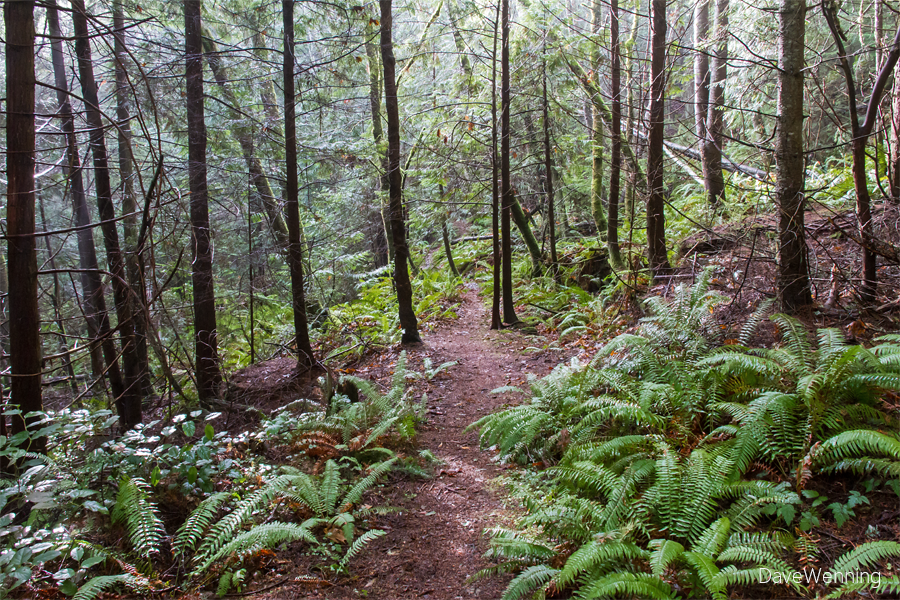 The trail starts out looking a lot like others in the state park.  Douglas Fir, Grand Fir and Western Redcedar are the dominant trees.  The forest floor is carpeted with Western Sword Fern, Salal and Mahonia. 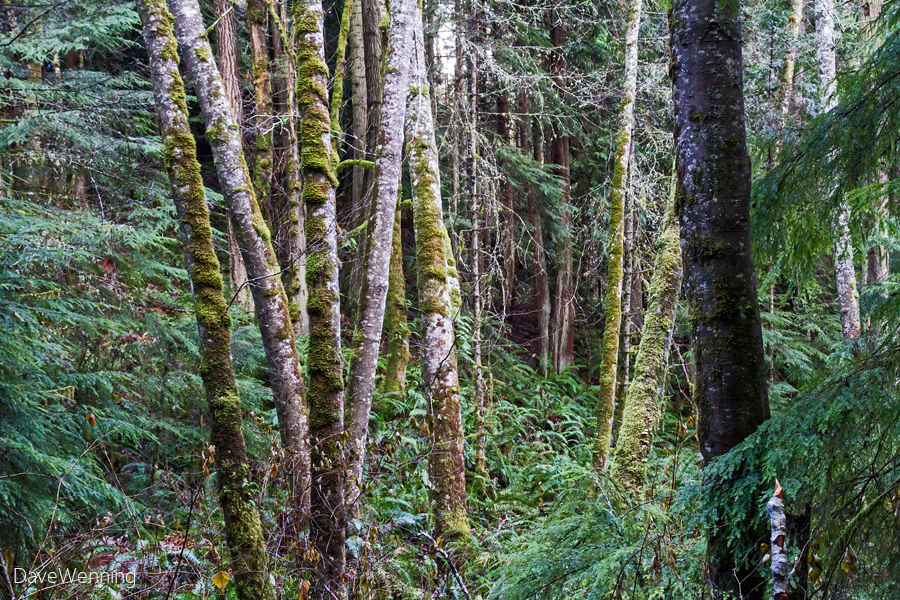 As I continue down into the valley, a lot of moss begins to appear.  There are also more Western Hemlocks indicating wetter conditions. 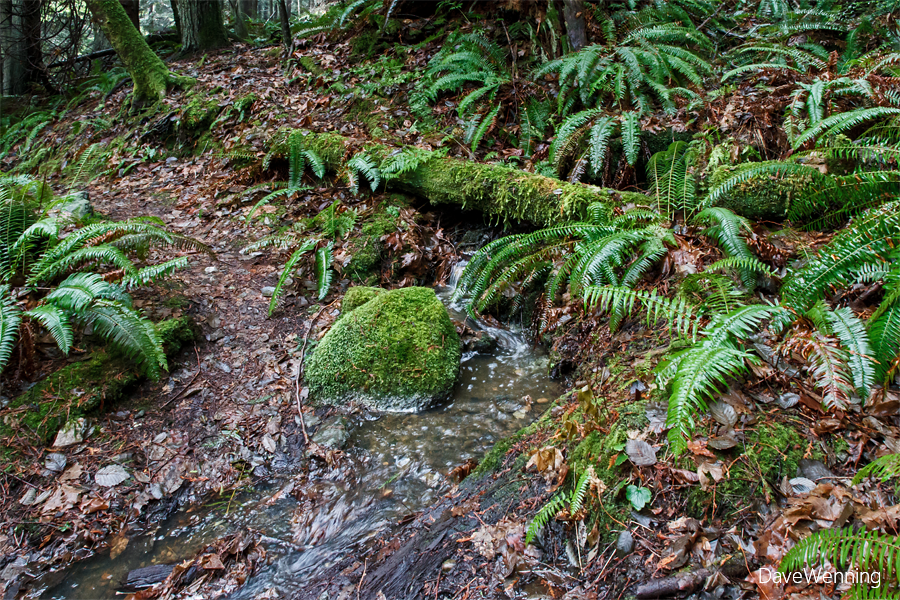 I start to see water flowing everywhere.  In one spot the trail itself has become a small waterfall.  Even though the state park lies within the Olympic Rain Shadow, I am entering a classic Pacific Northwest rain forest. 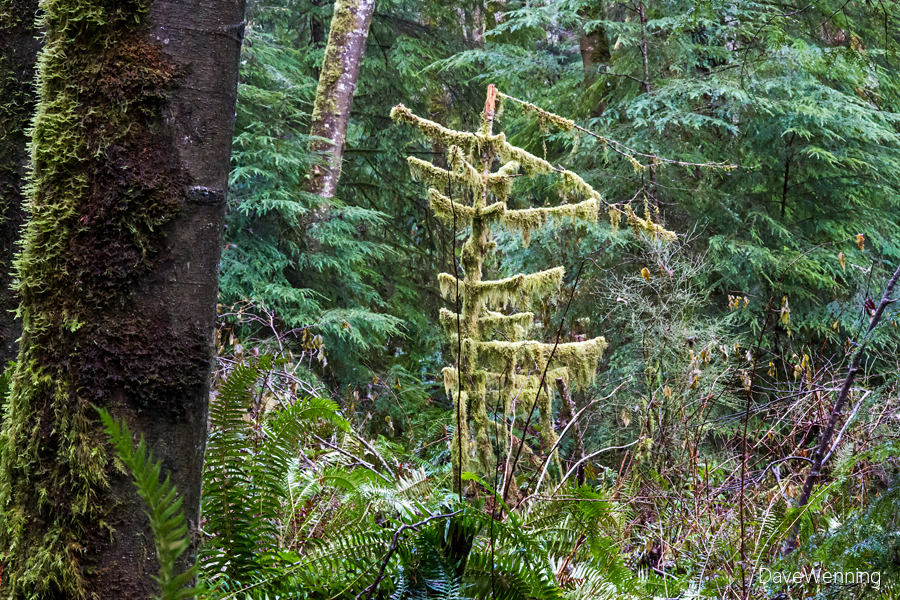 When I reach the floor of the valley, I suddenly realize I am not alone in this forest.  Could this be the naked man for whom the valley is named? 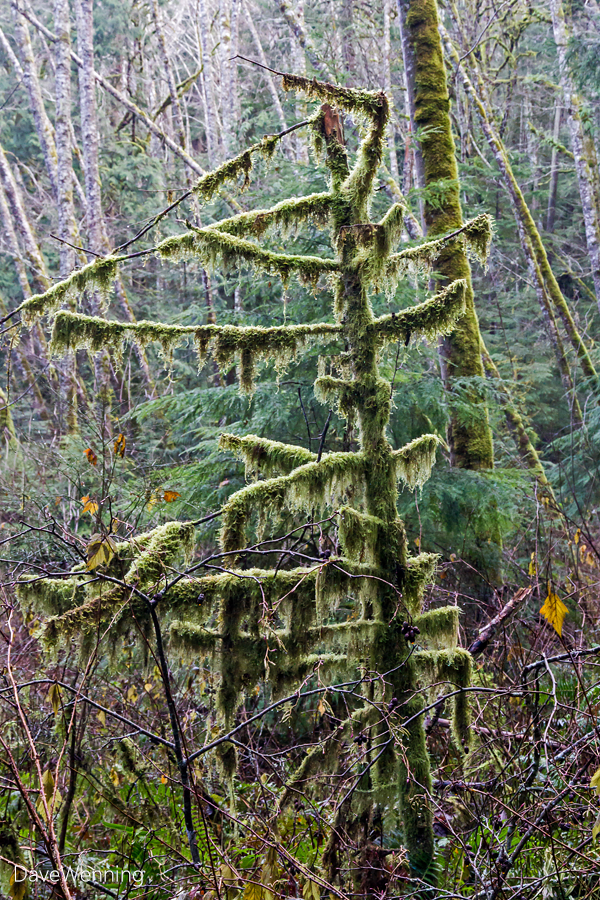 Another denizen of this “Moss Kingdom” appears to point the way.  The message is clear, “do not linger in this place, keep moving along.” 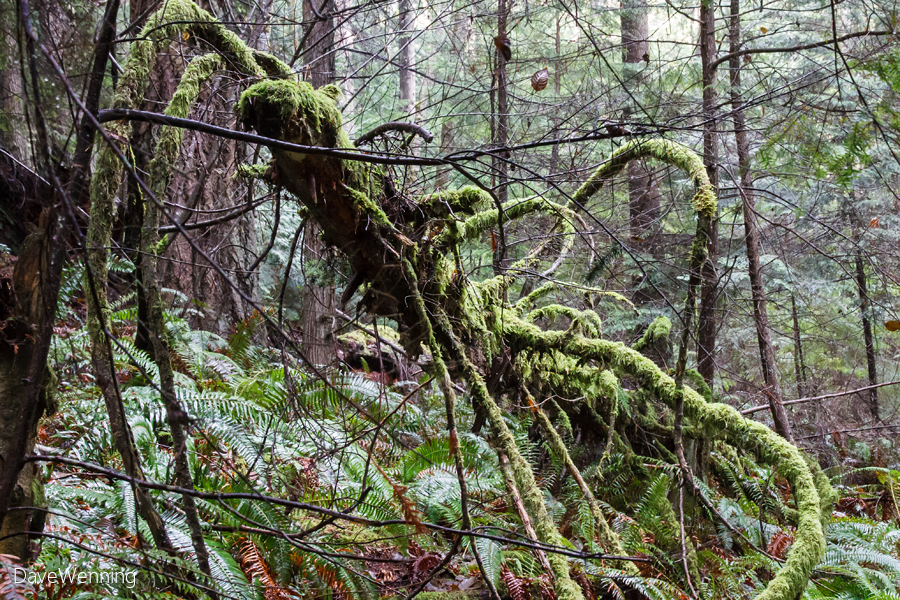 Giant insects lie in wait near the trail.  Could they be a threat to hikers? 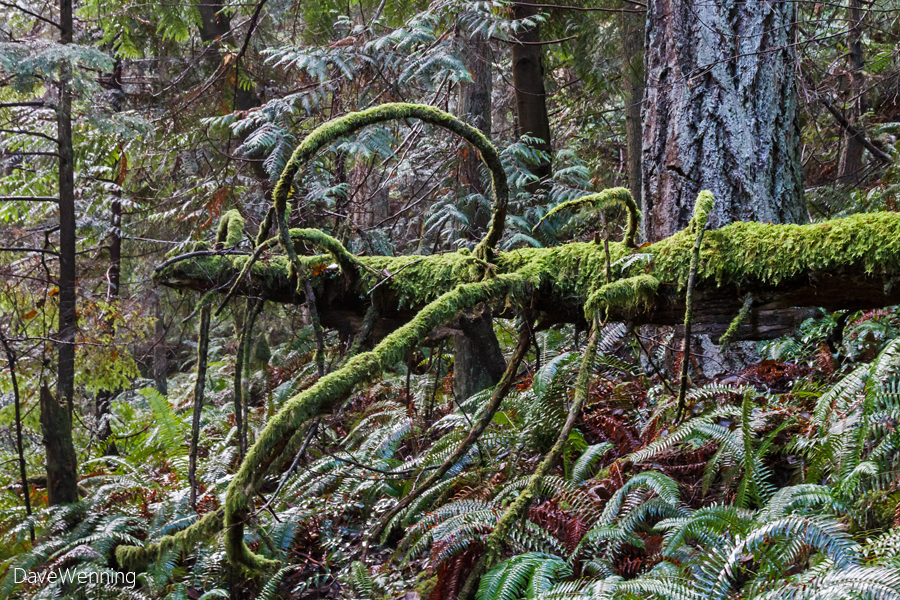 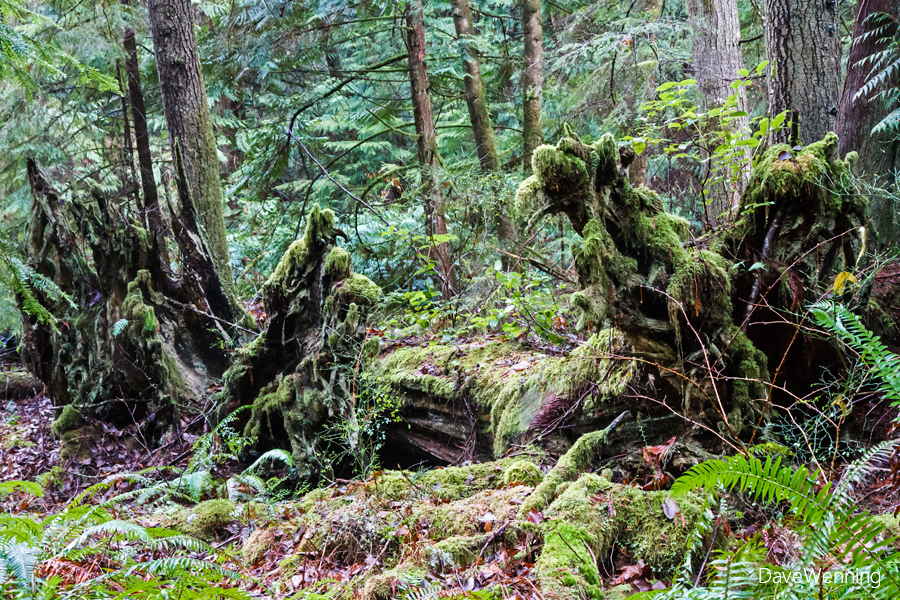 A bit off the trail, gargoyles sit stoically as if in a vigil, keeping watch over the kingdom. 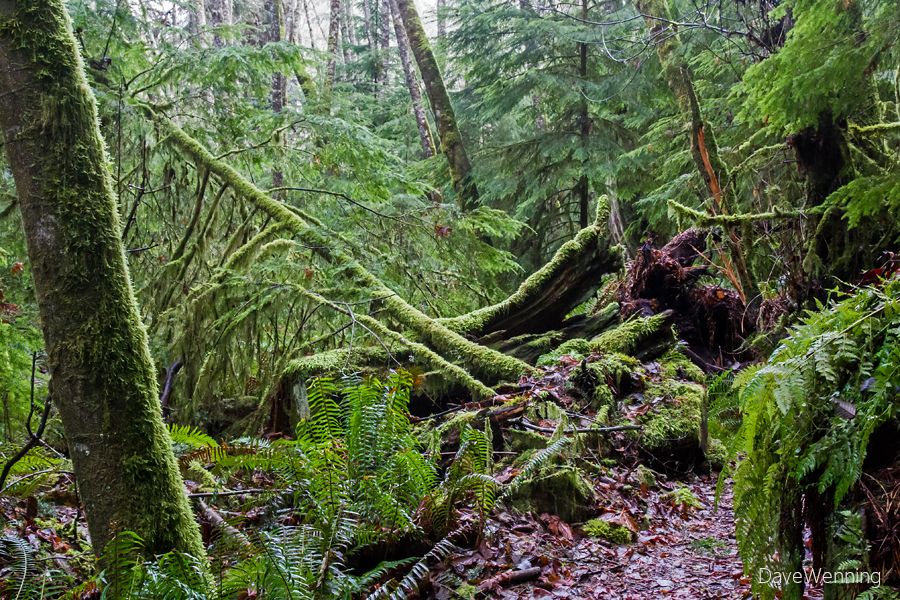 In the deepest part of the valley, illusions become real and reality is just an illusion. 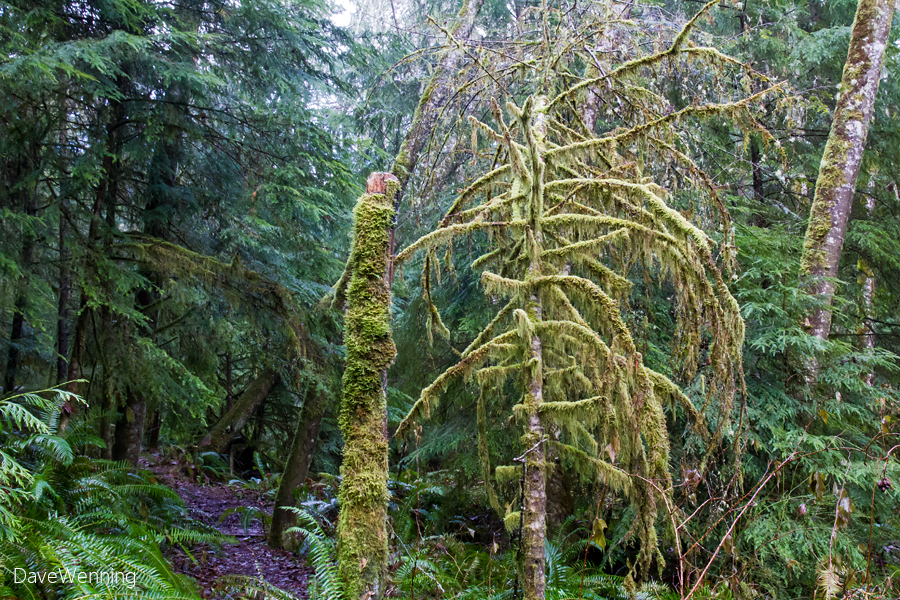 Another sentry beckons me to continue swiftly on my way. 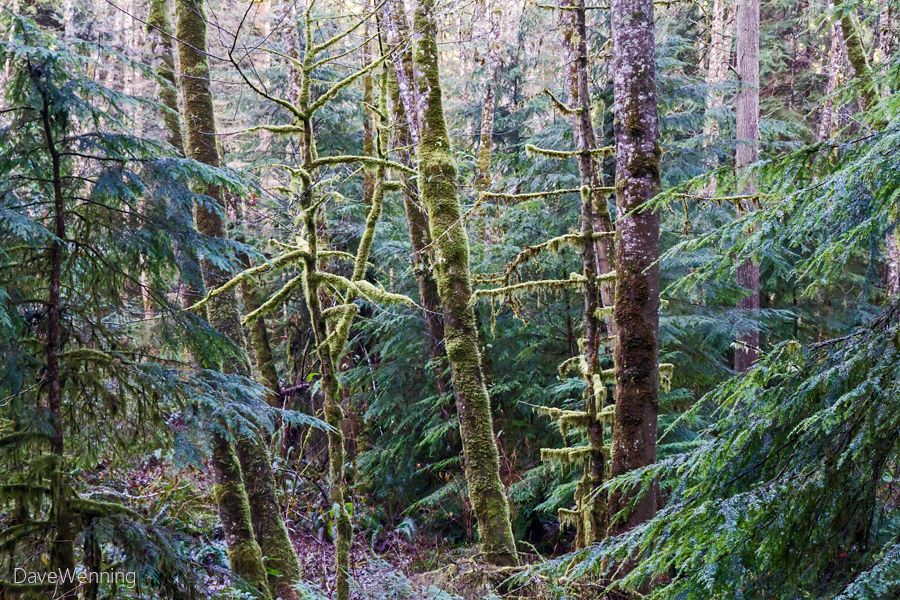 From behind the trees, I am watched like a trespasser in an alien world. 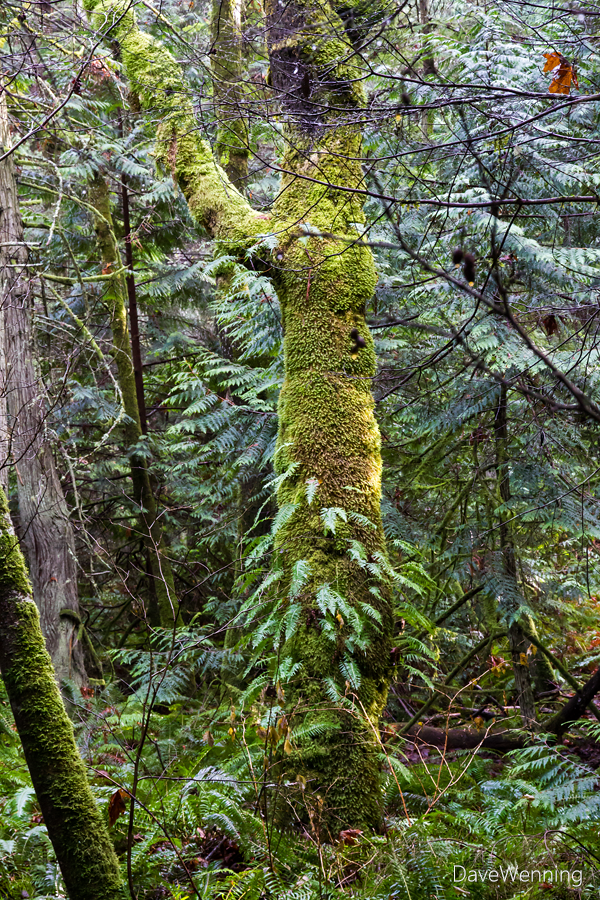 This must be royalty dressed in such fine clothing. 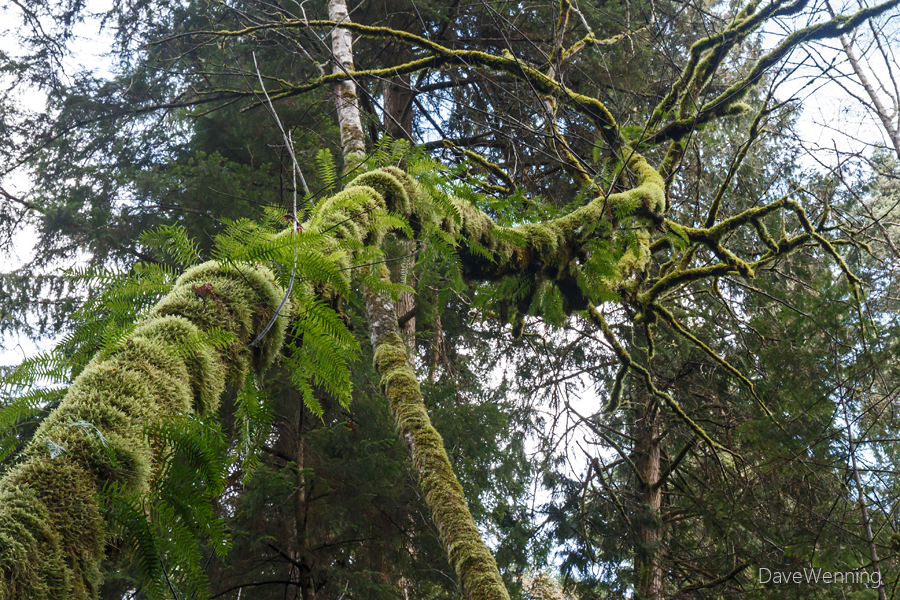 A religious edifice reaching heavenward dominates a clearing.  It is a reminder to be respectful and a good steward of this sacred forest. 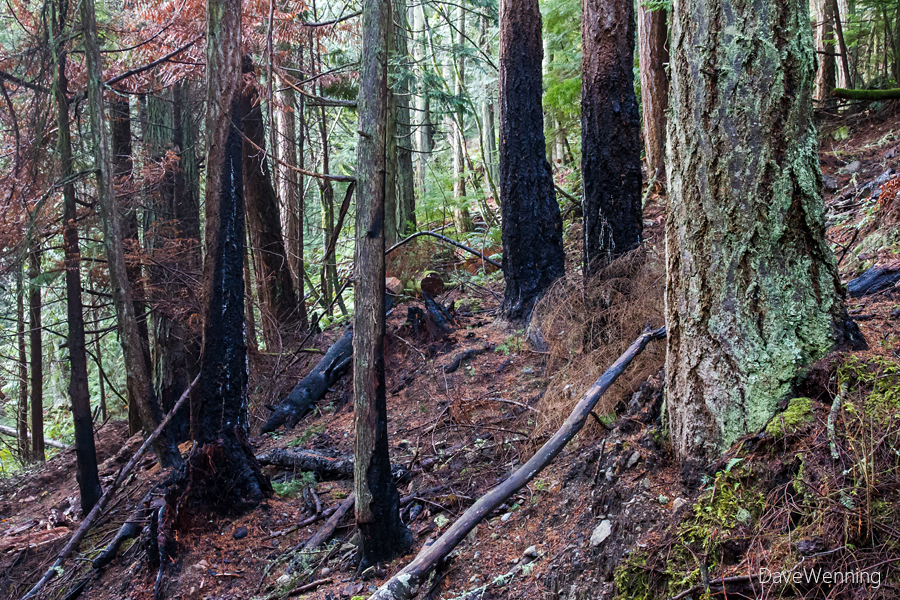 As I climb out of the valley a shocking scene comes into view.  Something terrible has happened here.  Now I know why the world below seemed to be wary of my presence. 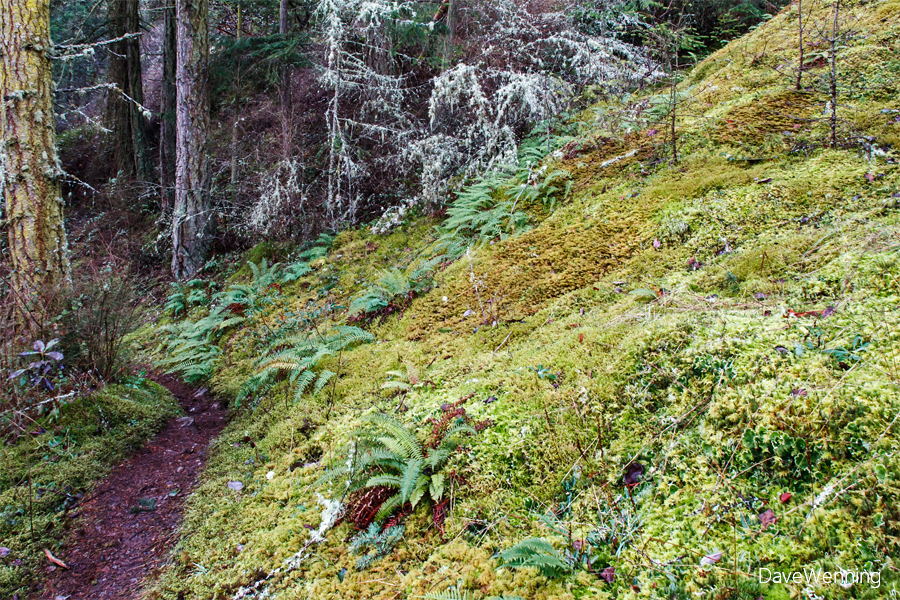 Continuing upward, entire hillsides next to the trail are covered with moss. 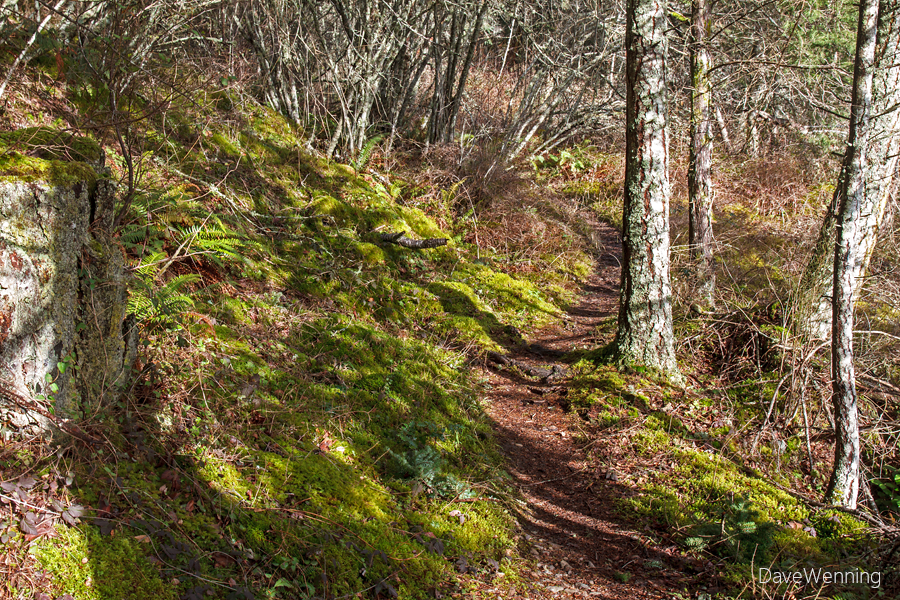 As I get close to the top of the hill, the canopy begins to open.  There is more sunlight and the vegetation changes.  There are lots of Madronas, Salal and Mahonias growing with the moss.  I am returning to drier, rain shadow conditions. 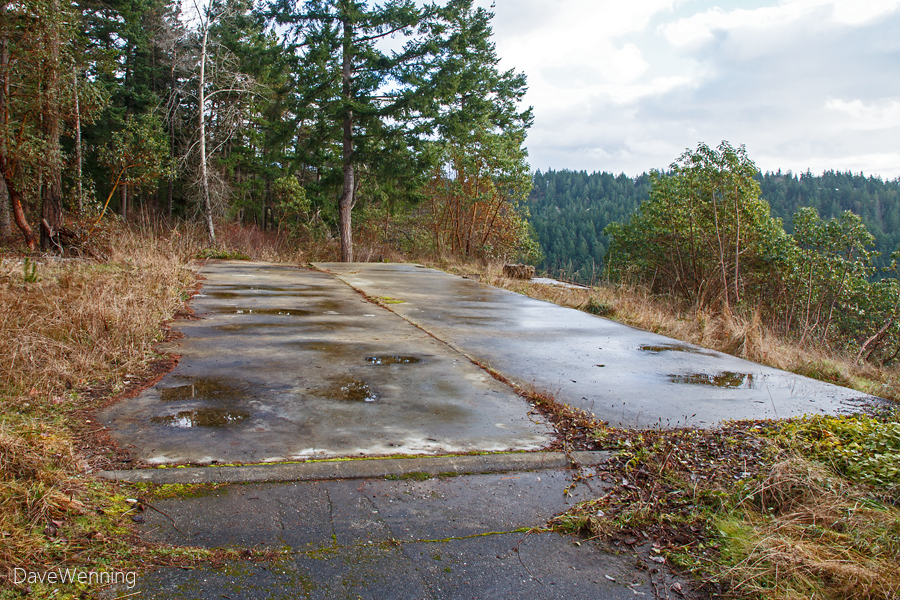 When I reach the top of the hill, I find evidence that humans once lived here... 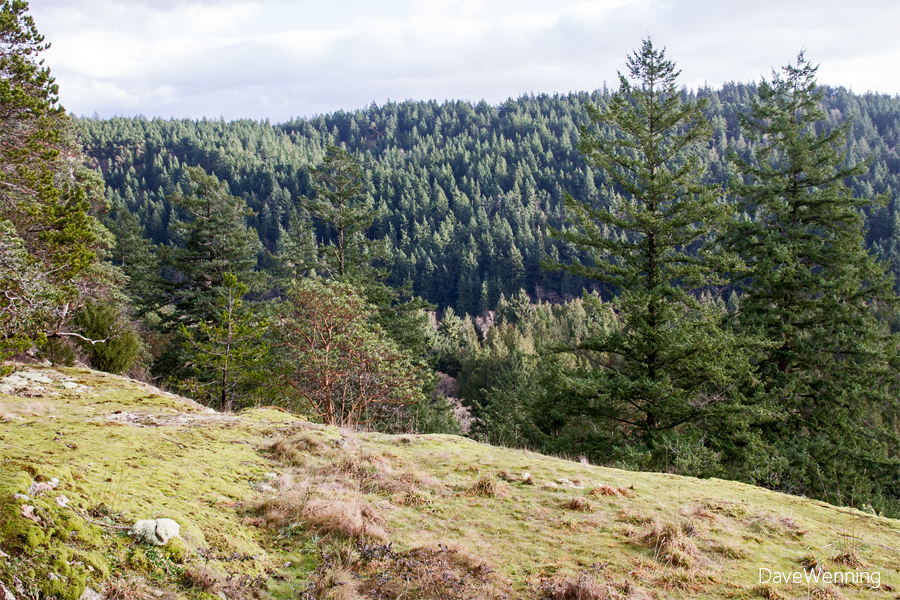 Nevertheless, the moss still rules in this kingdom.